Green superfoods have the highest concentrations of easily digestible nutrients, fat burning compounds, vitamins and minerals to protect and heal the body. They contain a wide array of beneficial substances including proteins, protective photo-chemicals and healthy bacteria to help you to build leaner muscles and stronger tissues, aid with digestive system function and more effectively protect you against disease and illness. 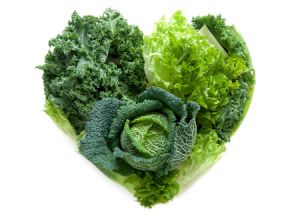 They are extremely rich in chlorophyll – the pigment that gives plants their green color. The molecular structure of chlorophyll is very similar to that of human blood and studies show that when this is consumed, the production of hemoglobin in blood is increased. Higher amounts of hemoglobin in the bloodstream means more oxygen-rich blood, the most important element that cells need to thrive.

Wheat grass – Wheat grass is the sprouted grass of a wheat seed. Unlike the whole grain, because it has been sprouted, it no longer contains gluten or other common allergic agents. Wheat grass is super alkalizing and is excellent for promoting healthy blood. It normalizes the thyroid gland to stimulate metabolism thus assisting digestion and promoting weight loss due to its high enzyme content and cleansing effects.
Barley grass – Barley grass has 11 times more calcium than cows milk, 5 times more iron than spinach and 7 times more Vitamin C and bio-flavonoids than orange juice. It contains significant amounts of Vitamin B12 which is very important in a vegetarian diet. Barley grass juice has anti-viral activities and neutralizes heavy metals such as mercury in the blood.
Wild blue-green algae – Algae was the first form of life on Earth and its power is immense. This algae is a phyto-plankton and contains virtually every nutrient. With a 60% protein content, and a more complete amino acid profile than beef or soy beans, they are one of the best known food sources of beta carotene, B vitamins and chlorophyll. Wild blue-green algae  has been shown to improve brain function and memory, strengthen the immune system and help with viruses, colds and flu.
Spirulina – Spirulina is a cultivated micro-algae which has been consumed for thousands of years by the indigenous peoples of both Africa and Mexico. It is one of the highest known protein sources on Earth and contains 70% complete protein, while steak only has 25% protein once it is cooked. Studies have shown that spirulina can help control blood sugar levels and cravings, making it a key food for diabetics, and can be used to assist in weight loss and as a general nutritional supplement.
Chlorella – Chlorella is a fresh water algae, and like its other algae cousins, contains a complete protein profile, all the B vitamins, vitamins C and E and many minerals. It boosts the immune system, reduces cholesterol, and prevents the hardening of the arteries, which lead to heart attacks and strokes.

Green leafy vegetables – Green leafy vegetables are readily available and highly nutritious, however most people do not eat enough of them. Many scientific studies have confirmed that populations that eat a diet high in green leafy vegetables run a far lower risk of heart disease and cancer than those who don’t. Fresh raw green leafy vegetables contain high doses of chlorophyll, easily digestible proteins, enzymes and a wide range of vitamins and minerals. These particular vegetables act as mini-transfusions for the blood, a health tonic for the brain and immune system, and act as a cleanser of the kidneys. Rocket, spinach, dandelion greens, kale, watercress, parsley, lettuce, endive, chicory, broccoli sprouts and mustard sprouts are especially healthful.