In many cases, terms such as disease, disorder, morbidity, sickness and illness are used interchangeably.  There are situations, however, when specific terms are considered preferable. Here is a brief breakdown of disease terminology. 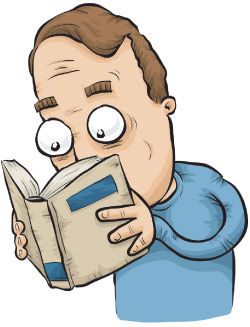 The term disease has both a count sense (a disease, two diseases, many diseases) and a noncount sense (not much disease, less disease, a lot of disease). Commonly, the term is used to refer specifically to infectious diseases, which are clinically evident diseases that result from the presence of pathogenic microbial agents, including viruses, bacteria, fungi, protozoa, multicellular organisms, and aberrant proteins known as prions.

An infection that does not and will not produce clinically evident impairment of normal functioning, such as the presence of the normal bacteria and yeasts in the gut, or of a passenger virus, is not considered a disease. By contrast, an infection that is asymptomatic during its incubation period, but expected to produce symptoms later, is usually considered a disease.

Acquired disease – A disease that began at some point during one’s lifetime, as opposed to disease that was already present at birth, which is congenital disease. “Acquired” sounds like it could mean “caught via contagion,” but it simply means acquired sometime after birth.

It also sounds like it could imply secondary disease, but acquired disease can be primary disease.

Chronic disease – A disease that is a long-term issue (chronic).

Congenital disease – A disease that is present at birth. It is often, genetic and can be inherited. It can also be the result of a vertically transmitted infection from the mother such as HIV/AIDS.

Genetic disease – A disease that is caused by genetic mutation. It is often inherited, but some mutations are random and de novo.

Hereditary or inherited disease – A  type of genetic disease caused by mutation that is hereditary (and can run in families).

Incurable disease – A disease that cannot be cured.

Primary disease – A disease that came about as a root cause of illness, as opposed to secondary disease, which is a sequela of another disease.

Secondary disease – A disease that is a sequela or complication of some other disease or underlying cause (root cause). Bacterial infections can be either primary (healthy but then bacteria arrived) or secondary to a viral infection or burn, which predisposed by creating an open wound or weakened immunity (bacteria would not have gotten established otherwise).

Terminal disease – A disease with death as an inevitable result.

Illness – Illness is generally used as a synonym for disease. However, this term is occasionally used to refer specifically to the patient’s personal experience of his or her disease.

For example, a person who feels unwell as a result of embarrassment, and who interprets those feelings as sickness rather than normal emotions. Symptoms of illness are often not directly the result of infection, but a collection of evolved responses—sickness behavior by the body—that helps clear infection. Such aspects of illness can include lethargy, depression, loss of appetite, sleepiness, hyperalgesia, and inability to concentrate.

The term disorder is often considered more value-neutral and less stigmatizing than the terms disease or illness, and therefore is a preferred terminology in some circumstances.

In mental health, the term mental disorder is used as a way of acknowledging the complex interaction of biological, social, and psychological factors in psychiatric conditions.

However, the term disorder is also used in many other areas of medicine, primarily to identify physical disorders that are not caused by infectious organisms, such as metabolic disorders.

Medical condition – A medical condition is a broad term that includes all diseases, lesions, disorders, or nonpathologic condition that normally receives medical treatment, such as pregnancy or childbirth.

The Diagnostic and Statistical Manual of Mental Disorders (DSM), the widely used psychiatric manual that defines all mental disorders, uses the term general medical condition to refer to all diseases, illnesses, and injuries except for mental disorders.

This usage is also commonly seen in the psychiatric literature. Some health insurance policies also define a medical condition as any illness, injury, or disease except for psychiatric illnesses.

As it is more value-neutral than terms like disease, the term medical condition is sometimes preferred by people with health issues that they do not consider deleterious.

On the other hand, by emphasizing the medical nature of the condition, this term is sometimes rejected, such as by proponents of the autism rights movement.The term medical condition is also a synonym for medical state, in which case it describes an individual patient’s current state from a medical standpoint.

This usage appears in statements that describe a patient as being in critical condition, for example.

Morbidity – Morbidity (from Latin morbidus, meaning ‘sick, unhealthy’) is a diseased state, disability, or poor health due to any cause. The term may be used to refer to the existence of any form of disease, or to the degree that the health condition affects the patient.

Among severely ill patients, the level of morbidity is often measured by ICU scoring systems.

Comorbidity – Comorbidity is the simultaneous presence of two or more medical conditions, such as schizophrenia and substance abuse. In epidemiology and actuarial science, the term “morbidity rate” can refer to either the incidence rate, or the prevalence of a disease or medical condition.

This measure of sickness is contrasted with the mortality rate of a condition, which is the proportion of people dying during a given time interval. Morbidity rates are used in actuarial professions, such as health insurance, life insurance and long-term care insurance, to determine the correct premiums to charge to customers.

Morbidity rates help insurers predict the likelihood that an insured will contract or develop any number of specified diseases.Pathosis or pathologyPathosis (plural pathoses) is synonymous with disease. The word pathology also has this sense, in which it is commonly used by physicians in the medical literature, although some editors prefer to reserve pathology to its other senses.

Sometimes a slight connotative shade causes preference for pathology or pathosis implying “some [as yet poorly analyzed] pathophysiologic process” rather than disease implying “a specific disease entity as defined by diagnostic criteria being already met.”

This is hard to quantify denotatively, but it explains why cognitive synonymy is not invariable.

Syndrome – A syndrome is the association of several medical signs, symptoms, or other characteristics that often occur together. Some syndromes, such as Down syndrome, have only one cause; for these, the names “syndrome” and “disease” can be synonymous.

For example, acute coronary syndrome is not a disease but rather the manifestation of any of several diseases, such as myocardial infarction secondary to coronary artery disease.

In yet other syndromes, the cause is unknown. A familiar syndrome name often remains in use even after an underlying cause has been found, or when there are a number of different possible primary causes.

Predisease – Predisease is a subclinical or prodromal vanguard of a disease state. Prediabetes and prehypertension are common examples.

The nosology or epistemology of predisease is contentious, though, because there is seldom a bright line differentiating a legitimate concern for subclinical/prodromal/premonitory status (on one hand) and conflict of interest–driven disease mongering or medicalization (on the other hand).

Identifying legitimate predisease can result in useful preventive measures, such as motivating the person to get a healthy amount of physical exercise, but labeling a healthy person with an unfounded notion of predisease can result in overtreatment, such as taking drugs that only help people with severe disease or paying for drug prescription instances whose benefit–cost ratio is minuscule (placing it in the waste category of CMS’ “waste, fraud, and abuse” classification).